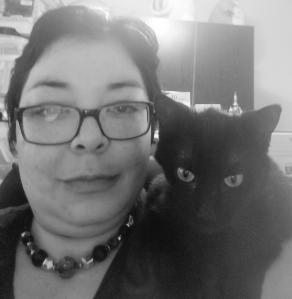 The book tells the story of a young orphan, Sophie, and what happened one sleepless night.  Unable to sleep, she peers out her window at the Witching Hour, only to see a giant!  Having been seen, the giant takes Sophie away to Giant Country.  We learn about The Big Friendly Giant (the only one of ten that don’t eat humans), and his job of collecting dreams.  The two grow close and become best friends, but Sophie knows something must be done about the other nine giants.  With the help of BFG and his dreams, she takes the issue to the only one she thinks can help- the queen.

I found this book to be a fast, charming read.  I loved the characters, and the descriptions in this book.  I will warn parents that BFG makes up more words than Trump; but he has a reason and the chosen words make an odd sort of sense.  Personally, I didn’t mind this as I accepted it as part of the character development.  I have heard that some people had issues though.  This is my first book by Dahl, but it won’t be my last.  I really loved it!

This is a book written for about the age of nine.  I would say that there really isn’t any adult content- there is a bit of bullying and talk of eating humans, but it isn’t at all graphic.  I give it a one on the adult content scale.

The new movie ( I haven’t seen the older one) was wonderful. It was beautiful and engaging.  I enjoyed the portrayal of Sophie and BFG, as well as the other giants.  The story line is a bit different, giving more interaction between Sophie and BFG as well as a slightly different end to the story.  I enjoyed it though, and would actually say that I found the movie better than the book.

One thought on “The BFG, Roald Dahl (Book and Movie Review)”

KURTBRINDLEY.COM
Life With All The Books